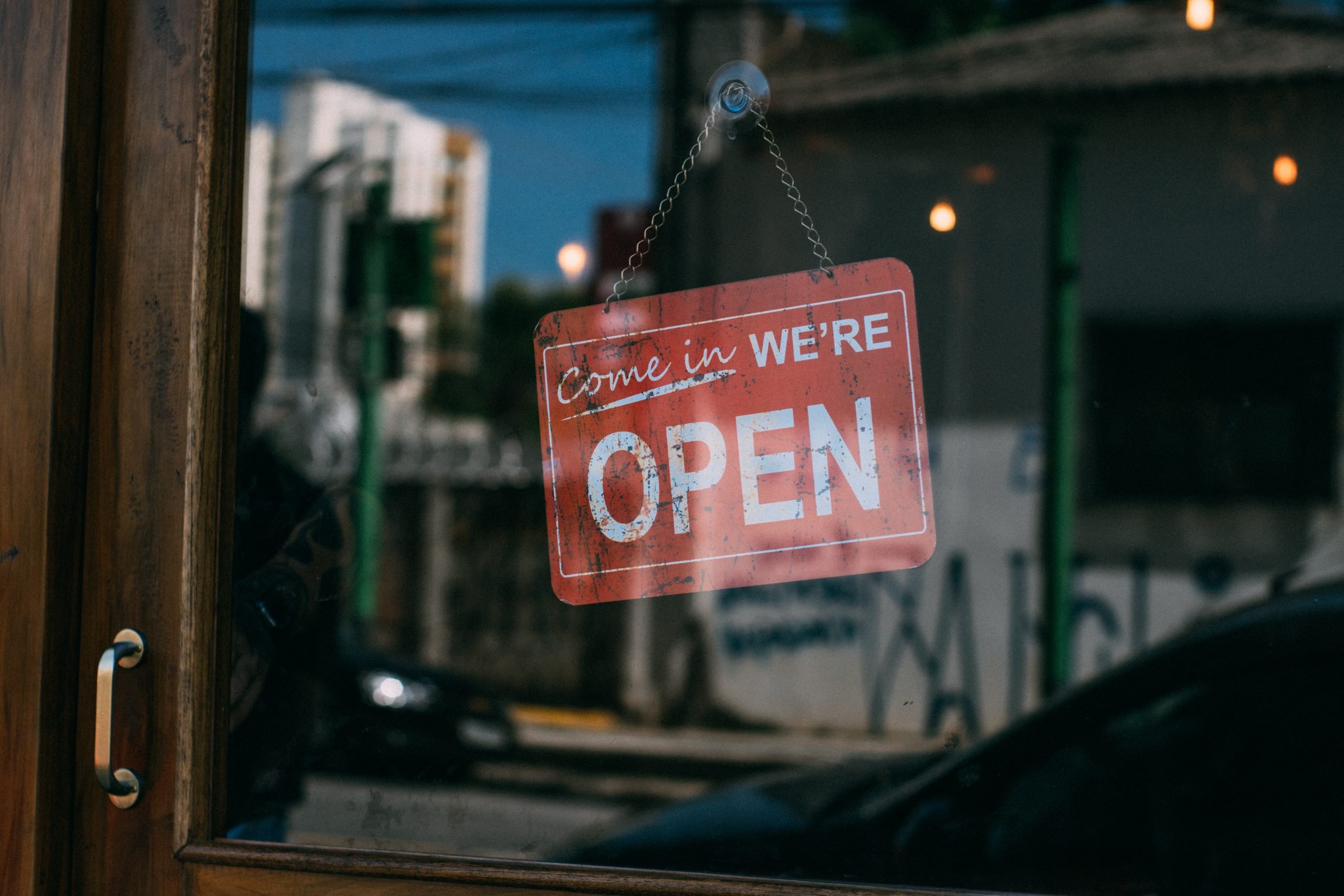 The COVID-19 pandemic resulted in a significant disruption to the national and state economies, but sales tax collections clearly show the Arkansas consumer was not scared away. Most economists say that federal stimulus checks and enhanced unemployment benefits helped prop up the consumer.

Following are the top five business stories as viewed by Talk Business & Politics.

1. The Arkansas consumer
If there was an Arkansas version of “Time” magazine, the person of the year would be the Arkansas consumer. Despite more than 150,000 Arkansas jobs lost because of COVID-19, expected broad slowdowns in the state’s economy didn’t materialize — especially in terms of consumer spending, measured primarily through tax revenue.

Much of the credit for keeping the consumer and a big part of the economy propped up was the $2.2 trillion Coronavirus Aid, Relief, and Economic Security (CARES) Act approved by Congress in March to provide aid to individuals, businesses and state and local governments in response to the pandemic. A $1,200 stimulus check to many Americans and extra unemployment benefits of up to $600 per week were critical parts of the CARES Act. That money has been spent, and the unemployment benefits expired by December. However, Congress approved another relief bill in late December that included a $600 stimulus check and renewal of extra unemployment benefits of $300 per week.

2. Tourism, manufacturing sector hit the hardest
Arkansas business sectors with the most job losses through the pandemic – and even with federal and state aid – were manufacturing and tourism.

The federal CARES Act provided around 41,000 Arkansas businesses with more than $3.2 billion from the Payroll Protection Program (PPP). State funds, provided in most cases by the CARES Act, were also used to help businesses.

For example, bridge loans to Arkansas businesses from a Quick Action Loan Guaranty Program created to stem job losses helped retain almost 2,500 full-time jobs and about 1,000 part-time jobs. The 0% interest loans could be up to $250,000 and allow for no payments of up to 12 months. Gov. Asa Hutchinson initially allocated $4 million for the fund, with Arkansas Attorney General Leslie Rutledge adding $3 million from her office’s Consumer Education and Enforcement Fund. Gov. Hutchinson would add $2 million to his initial allocation. Arkansas Secretary of Commerce Mike Preston said around 350 bridge loans were made through the program.

State officials also created the $50 million Arkansas Ready grant program geared toward helping businesses in the state’s tourism and hospitality sector. Montine McNulty, executive director of the Arkansas Hospitality Association, said the program will help but not all tourism industry businesses will survive.

“It will help get them over the next few months, hopefully. And it’s going to save some businesses that would just have to fold without any short-term help. They really need that. But for some, it will take them through maybe the hard part,” McNulty told Talk Business & Politics.

Michael Pakko, chief economist and state economic forecaster at the Arkansas Economic Development Institute at the University of Arkansas at Little Rock, sees some hope for the state’s manufacturing sector based on “pent-up consumer demand” and the need to rebuild supply chains. He said the state’s manufacturing sector could “accelerate to meet the pace of nationwide recovery in coming months.”

Mervin Jebaraj, director of the Center for Business & Economic Research at the University of Arkansas, said tourism industry recovery will depend on the pace of vaccination and the extent of relief from any federal stimulus program.

“Once enough of the population has been vaccinated, tourism will see a short-term boost from the pent-up demand. But some of the long-term damage has already occurred to small businesses in this sector that have permanently closed,” Jebaraj said.

3. Walmart a retail winner during pandemic, sheds foreign operations
Bentonville-based Walmart is seen as one of the global retail winners in 2020 as an essential U.S. grocery provider. The stores remained open and busy while other retailers were forced to close their doors.

The retail giant on Nov. 17 posted better than expected financial third-quarter results with revenue of $134.7 billion, up 5.2% from a year ago and better than analysts’ expectations of $132.23 billion.

Net income rose to $5.135 billion, up 56.1% from $3.288 billion a year ago as Walmart said strong cash flow around the business and higher gross profit margins helped offset $600 million spent in COVID-19 related expenses in the quarter.

“This was another strong quarter on the top and bottom line. … We think new customer behaviors will largely persist and we’re well-positioned to serve customers with the value and experience they’re looking for,” said CEO Doug McMillon.

Ben Bienvenu, an analyst with Stephens Inc., said the retailer has been able to maintain its growth strategies during the disruptive pandemic.

“We think Walmart is well-positioned to advance its strategic initiatives in the midst of and in the wake of COVID-19, and as the e-commerce business continues to scale, we expect shares to increasingly reflect the value of the business,” Bienvenu said.

The retailer also shed large foreign operations in 2020. Walmart announced Oct. 2 a deal to sell a majority interest in its British-based grocery retailer Asda. Brothers and British billionaires Zuber and Mohsin Issa and private equity firm TDR Capital will acquire a majority stake for $8.8 billion. The Asda business has been an underperformer for Walmart in recent years, as deep discounters Aldi and Lidl expanded their footprints across the United Kingdom. While Walmart is garnering about $2.3 billion less than it paid for Asda in 1999, the company was a talent pipeline for Walmart.

Walmart announced Nov. 6 an agreement to sell its Argentina business to Grupo de Narváez, a Latin American group. Walmart Argentina started operating in 1995, with the launch of its first shop in Avellaneda. The business grew to more than 90 stores and 9,000 employees under the Changomas, Mi Changomas, Walmart Supercenter and Punto Mayorista banners.

On Nov. 15, Walmart announced the sale of Seiyu with an estimated value of $1.6 billion. Walmart said it will retain 15% of Seiyu selling 65% to KKR, a private venture investor, and 20% to a newly created subsidiary of Rakuten. Seiyu operates more than 300 retail stores in Japan focusing on grocery and hypermarket formats akin to the supercenter formats in Walmart’s U.S. portfolio. Walmart first entered the Japanese market in 2002 by buying a 6% stake in Seiyu, and gradually built up its stake before a full takeover in 2008.

4. Rapid growth of solar energy industry, projects
Solar energy projects, considered just a few years ago as unique or even a risk, became a more frequent and normal development in 2020.

“Advanced energy is growing by leaps and bounds in Arkansas,” said Stephanie Osborne, executive director for Arkansas Advanced Energy Association (AAEA). “It is providing Arkansans a range of diverse options for their power needs.”

Some of the largest renewable energy projects were announced or completed in 2020 as part of electric utilities’ long-range plans. Entergy Arkansas will have 381 megawatts of solar generating capacity after it completes multiple solar projects while working toward its goal of net-zero carbon emissions by 2050. Southwestern Electric Power Co. (SWEPCO) is investing $1.01 billion for 810 megawatts of wind energy, which will come online in 2021 and 2022. Over the next 20 years, more than one-third of SWEPCO’s energy source mix will comprise renewable energy.

“You can’t put this genie back in the bottle,” Osborne said. “Renewable energy is clearly an important issue across the nation, and the incoming Biden Administration has repeatedly said environmental issues are one of their top concerns.”

5. Walton gift boosts UA research programs
The University of Arkansas’ decades-long effort to become a nationally recognized research university was given a big boost in July when the Walton Family Charitable Foundation agreed to donate $194.7 million to the university for its research efforts.

The five-year grant will strengthen the university’s research initiatives and, among other things, support the construction of a new research facility. It’s called the University of Arkansas Institute for Integrative and Innovative Research (I3R). The I3R will be on the UA campus. A university news release did not disclose the location, specific size and other details about the I3R, such as a construction timeline.

According to the UA, the donation is one of the most significant single private gifts ever given to a university for advancing research and economic development.

In 2011, for the first time, the University of Arkansas in Fayetteville obtained the elite classification as a Research I (RI) university. RI is a top-tier and sought-after status in higher education. The UA has maintained the RI classification – which includes less than 3% of U.S. universities – since 2011. The university’s research expenditures totaled over $175 million in fiscal year 2018, the highest in the university’s history. The number dipped just slightly ($172.6 million) in fiscal year 2019.