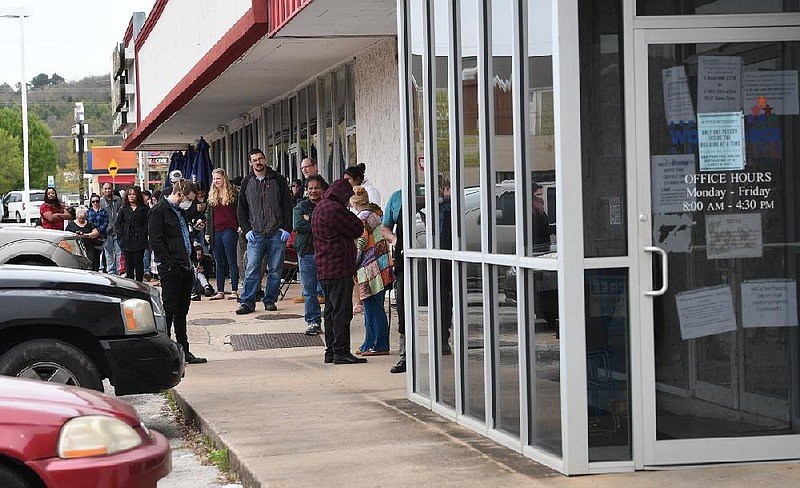 Arkansas’ unemployment rate remained unchanged at 6.2% in November and was slightly below the U.S. jobless rate of 6.7% announced earlier this month.

Statistics released Friday indicate that job growth in Arkansas continues to improve slightly, though the pace has slowed over the past few months.

Nonfarm payroll jobs in Arkansas increased by 6,700 from October to November to total nearly 1.25 million, the state Department of Workforce Services announced Friday.

“The pace of economic recovery has slowed,” said Michael Pakko, state economist with the Arkansas Economic Development Institute. “What we’re seeing in the state report is what we saw in the national report a few weeks ago, and that is suggesting we’ve exhausted the easy recovery gains.

“Now it’s more of a gradual process to get back to normality, whatever that might be,” he added.

The state’s civilian labor force dropped by 2,925 in November, a result of 2,746 fewer employed and 179 fewer unemployed.

“Despite the unpredictability of covid case trends, our businesses continue to show resilience, which has allowed our unemployment rate to hold steady at 6.2% through November,” Commerce Secretary Mike Preston said Friday.

Arkansas’ job recovery seems to be outpacing that of the nation as a whole, according to an analysis conducted by Pakko. The analysis shows that, as of November, Arkansas has recovered nearly two-thirds of the initial job losses from February through April, while the nation has recovered just over half of the jobs lost in the same period.

“The jobs losses that we saw in March and April were across the board, but many of those sectors have come back substantially,” Pakko said. “We’re clearly making progress toward recovery, but there’s only so much that we can expect while we still have sectors that are operating undercapacity.”

Trade, transportation and utilities registered the most job gains in November, up 5,800 from October. Manufacturing added 1,400 jobs. Seasonal gains boosted educational and health services, which added 800 jobs, and leisure and hospitality also showed a gain of 800.

In the past month, Arkansas has announced nearly 700 new jobs coming to the state next year, including about 180 in the manufacturing sector at Nice-Pak in Jonesboro. On Wednesday, Amazon announced that it would bring another 500 new jobs to the state with a distribution center in North Little Rock.

“As always, the Department of Commerce is working to ensure that Arkansans continue to have reliable opportunities to work in their communities,” Preston said, noting the jobs announcements. “We still have a long way to go, but I am encouraged that we continue to make progress on the path to economic recovery.”

Professional and business services saw the biggest decline in November, with the sector dropping 900 jobs compared with October employment.

Year over year, nonfarm payroll employment in Arkansas is down by 36,600 jobs. Manufacturing has lost 14,700 jobs; leisure and hospitality is down by 12,200; government employment has declined by 10,100 jobs; and educational and health services is down 7,800 jobs.

Some sectors, however, have shown increases since November 2019. Jobs in trade, transportation and utilities are up by 11,900, and construction has gained 2,200 jobs.