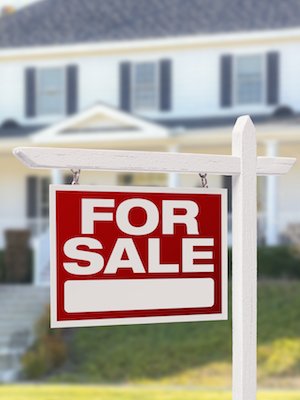 Sales of previously occupied U.S. homes fell for the second consecutive month in March because there are so few on the market, and the fierce competition for those that do exist is pushing prices to new highs.

Homes typically sold in 18 days last month, a record low. It’s less than the 20 days in February, and much faster than the average of 29 days last year at this time.

Sales are slowing despite the speed at which buyers are pouncing on homes that do hit the market, revealing surging demand in an ultra-low inventory environment, said Lawrence Yun, NAR’s chief economist.

“It’s simply a severe lack of supply that is holding back sales,” Yun said.

The inventory of unsold homes stood at just 1.07 million at the end of March, only a slight improvement over the record-low 1.03 million homes in February. And it’s tumbled 28.2% from levels just a year earlier.

At the current sales pace, the March inventory of homes for sale amounts to a 2.1 months’ supply, well short of the six-month supply economists say is needed for a balanced market. In February, the supply was slightly lower at 2 months. In March last year, it stood at 3.3 months, the NAR said.

The newest housing data will be of no comfort to house hunters across the U.S. who are facing perhaps the most competitive market in decades. Any house that is put up for sale typically receives multiple, above-asking-price bids, which pushes prices overall even higher — a trend that continued in March.

Low mortgage rates remain a lure, providing stretched buyers with a measure of financial flexibility. Mortgage rates fell for a third straight week, with the benchmark 30-year home-loan rate slipping below 3% this week to 2.97%, according to mortgage buyer Freddie Mac. At this time last year, the long-term rate was 3.3%.

Every region in the country suffered sales declines last month, a complete reversal of sales in March 2020.