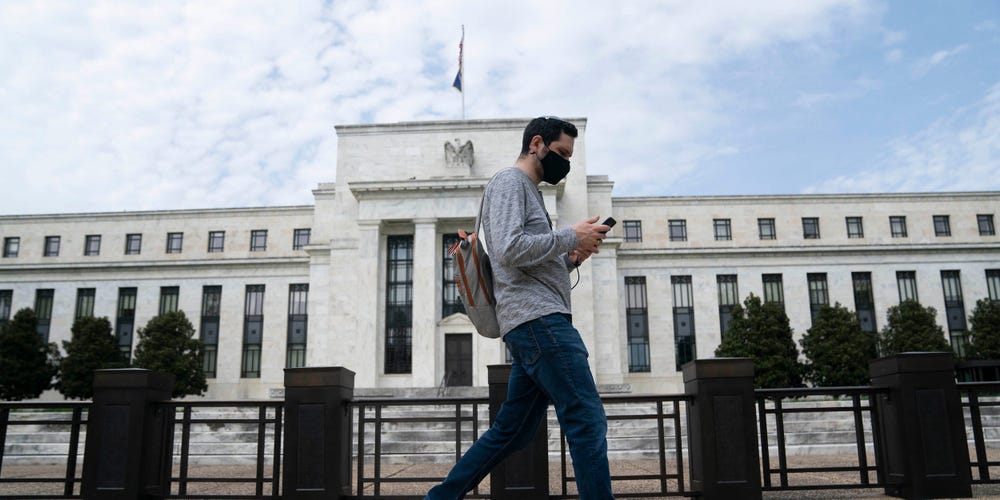 Federal Reserve officials’ view of the US economy improved in January as vaccines rolled out and Democrats pushed for additional fiscal stimulus, according to meeting minutes published Wednesday.

Members of the Federal Open Market Committee met on January 26 and 27 to discuss the central bank’s policy stance and developments in the country’s economic recovery. Officials noted that the pandemic had worsened in recent months, placing new pressure on the industries hardest hit by the health crisis.

Yet the group’s medium-term outlook improved as positive developments offset virus concerns. For this rosier view, participants cited “the prospect of an effective vaccine program,” the $900 billion stimulus package passed by President Donald Trump in December, and the potential for additional relief, the minutes showed.

Developments since have been encouraging. Daily COVID-19 case counts have fallen to their lowest levels since October. The rate of vaccinations reached an average 1.67 million per day on Tuesday, according to Bloomberg. Retail sales data published earlier on Wednesday suggests the stimulus measure passed late last year fueled strong consumer spending.

Democrats continue to push forward with President Joe Biden’s $1.9 trillion stimulus proposal, aiming to pass a bill with a simple majority over the next month via the procedure known as reconciliation.

Rates near zero, no taper talk — and few inflation fears
FOMC members elected to hold interest rates near zero and maintain the pace of asset purchases at $120 billion a month during the January meeting. The central bank also noted it would maintain its buying activity until “substantial further progress” toward its inflation and employment goals was reached, stopping short of hinting when its policy stance could shift.

An unforeseen tightening of monetary conditions stands to send a shock through financial markets and the economy. In a so-called taper tantrum, investors frenetically dump risk assets and pile into safe havens at the first sign of more hawkish Fed policy. The central bank has indicated it will maintain ultra-easy conditions for at least a couple of years, but commentary around an unexpected leap in inflation sparked some taper-tantrum fears in January.

FOMC officials weren’t particularly concerned in the minutes. Projections prepared by central bank staff see price growth nearing 2% by the end of the year and rising above the level “for some time” after 2023.

Barring near-term fluctuations from stimulus and reopening, inflation is expected to trend alongside the FOMC’s objectives, according to the minutes. While the economy remains far from hitting the central bank’s goals of maximum employment and inflation above 2%, various FOMC members emphasized the importance of “clearly communicating” when it would start to tighten conditions.

The central bank chief added that any stimulus-fueled rise in inflation isn’t likely to be “large or persistent.”