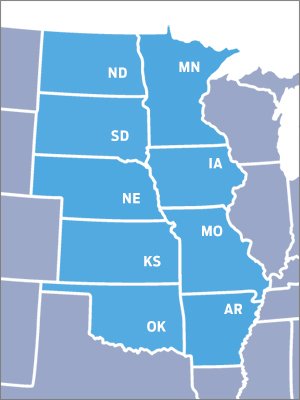 OMAHA, Neb. (AP) — The economy in nine Midwest and Plains states is roaring back to life in the wake of a devastating global pandemic, according to a new monthly survey of business leaders and managers, with the survey’s overall index soaring to its highest reading since it began almost three decades ago.

The Creighton University Mid-America Business Conditions for April released Monday came in at 73.9 from March’s 68.9.

Creighton University economist Ernie Goss, who oversees the survey, said the region has regained more than half the 106,000 manufacturing jobs lost to the pandemic in April 2020. Even so, the regional employment index dropped to 57.2 in April from 60.0 in March.

“More than one of five, or 22%, of supply managers named finding and hiring qualified workers as the greatest 2021 challenge to their firm,” Goss said.

Goss also warned of supply chain disruptions and signs of growing inflation, with the survey’s wholesale inflation gauge in April surging to a record high 96.2, up from March’s 94.0. More than nine out of 10 supply managers reported supply bottlenecks, with 40% indicating that the delays were significant.

Despite concerns over supply disruptions and inflation, the survey’s confidence index, which looks ahead six months, rose to 64.8 from March’s 58.0.

“Compared to pre-COVID-19 levels, according to U.S. Bureau of Labor Statistics, Arkansas manufacturing employment is higher by 900 jobs, or 0.6%, while average hourly manufacturing wages are 2.6% higher,” Goss said.