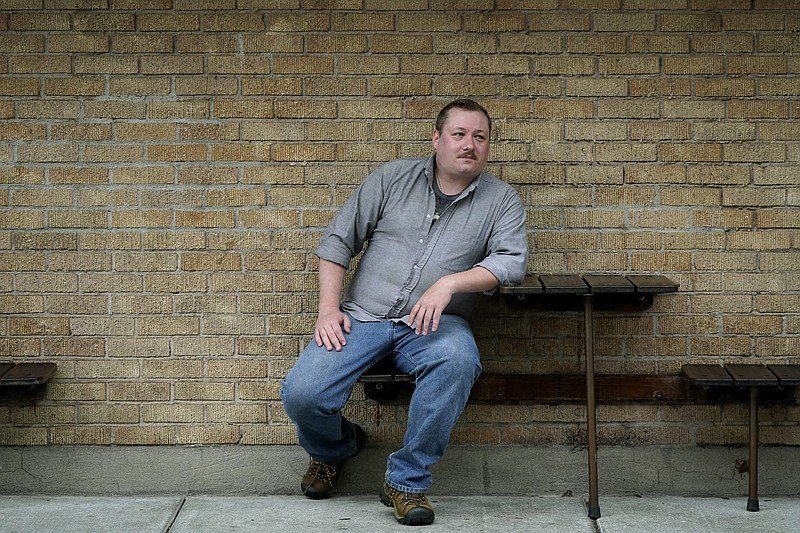 Layoffs and lockdowns, combined with enhanced unemployment benefits and stimulus checks, gave many Americans the time and the financial cushion to rethink their careers. Their former employers are hiring again — and some, like Uber and McDonald’s, are offering higher pay — but workers remain hesitant.

In March, U.S. job openings rose 8% to a record 8.1 million, but overall hiring rose less than 4%, according to government data.

Nate Mullins quit his job as a bartender in November after clashing with managers over mask rules and worrying that he would spread the coronavirus to his immunocompromised sister.

Mullins’ unemployment checks don’t match what he was making at his Oak Harbor, Wash., bar, but they’re enough to get by while he looks for jobs that would provide health care and retirement benefits.

“This opportunity to take a step back and really think about what you’re doing really changed my mind,” said Mullins, 36. “[It] made me think long-term for the first time.”

Workers like Mullins are one reason U.S. hiring slowed in April. Employers and business groups argue that the $300-per-week federal unemployment supplement gives recipients less incentive to look for work. Several states have begun requiring those receiving the benefits to show they are actively searching for work, and a few will stop providing the supplement.

But Heidi Shierholz, a senior economist who researches low- and middle-income workers with the Economic Policy Institute, said health concerns and child care responsibilities seem to be the main reasons holding workers back.

In April, she said, at least 25% of U.S. schools weren’t offering in-person learning, forcing many parents to stay home. And health concerns could gain new urgency for some workers now that the U.S. Centers for Disease Control and Prevention has said fully vaccinated people can stop wearing masks in most settings.

Shierholz added that unemployment benefits are designed to give workers the time to find jobs that are better suited to their abilities.

“We want people well-matched to their skills and experience,” she said. “That’s what helps the economy run better.”

Higher pay for workers can push up inflation, which jumped in April as the economy struggled with widespread shortages of raw materials and parts amid a faster-than-expected reopening. If companies are forced to raise prices to cover the cost of higher wages, that could slow the recovery and reduce Americans’ purchasing power.

For now, most economists see labor shortages as likely to be temporary. As more Americans are vaccinated, fewer will worry about getting sick at work. Schools should reopen in September, freeing more parents to return to work, and the extra $300 in unemployment aid is also set to expire in early September. Those steps should bring more people into the job market.

Sarah Weitzel gave birth to her second child in February 2020. She was on leave from her job at a Victoria’s Secret store in St. Louis when the pandemic threw her life into chaos.

She got a text telling her she was furloughed. Then her husband lost his restaurant job. In financial straits, they sold their home, moved in with friends, survived on unemployment insurance and fell deeper into debt.

In the fall, Victoria’s Secret offered Weitzel part-time work that would pay $12 an hour, but she declined. She and her husband, who now works long hours at a new restaurant job, can’t afford child care.

“Something just kind of broke, where I thought about how hard I was working for this job that paid about $32,000 a year,” Weitzel said.

Weitzel, 31, got accepted to Rung for Women, a St. Louis program that offers career coaching and training for jobs in high demand, including banking, health care, customer service and technology. In the fall, when her oldest daughter starts preschool, Weitzel hopes to get part-time work in a new career.

Some workers say the pandemic helped them prioritize their mental and physical health.

After a lifelong career as a bartender, 57-year-old Ellen Booth was in constant pain from lifting ice buckets and beer kegs. But without a college degree, she felt she had limited options.

When the restaurant she worked for closed last year, she said it gave her “the kick I needed.” Booth of Coventry, R.I., started a yearlong class to learn to be a medical coder. When her unemployment benefits ran out two months ago, she started drawing on her retirement funds. Booth will take an exam in the coming weeks to get certified, after which she will hit the job market.

Meanwhile, National Nurses United, the nation’s largest registered nurses union with more than 170,000 members, is calling on the CDC to revoke its mask recommendations, saying they put front-line workers, including nurses, at risk, even though they do not apply to most health-care settings.

Pointing in part to the nation’s daily case counts, which average over 30,000 infections, the spread of virus variants, and questions about whether to trust those who say they are vaccinated, the union’s leaders say they want pandemic protocols — such as mask-wearing and social distancing — to remain in place even as vaccinations continue.

“We are very concerned that they would do something like this when we are still in the middle of the pandemic,” union co-president Zenei Triunfo-Cortez said in an interview, referring to the CDC. “We continue to have patients, perhaps not in numbers that has been the same from last year or a few months ago, but it’s still a very big number.”

In a statement the union released Friday, Executive Director Bonnie Castillo said: “Now is not the time to relax protective measures.”

The CDC announced Thursday that fully vaccinated people can go without masks or social distancing in many cases, even indoors — a marked shift for pandemic-weary Americans who have been anxiously awaiting such a milestone as the nation takes steps toward normalcy.

Quick changes followed the agency’s masking recommendations. Some major retailers dropped in-store mask mandates for the vaccinated. Numerous states have followed the guidance by announcing that they will ease restrictions for the fully vaccinated, even as others pushed back. After California announced that it would not ease its mask rules until June 15, the California Nurses Association, an affiliate of National Nurses United, said it was “encouraged” by the decision to keep protocols in place until then.

On Sunday morning news shows, CDC Director Rochelle Walensky defended the guidance, saying the agency weighed a growing body of data showing the real-world effectiveness of the vaccines in protecting people from the virus, including from the more contagious variants, as well as in reducing transmission.

“We now have science that has really just evolved, even in the last two weeks,” Walensky said on ABC News’s “This Week.”

The CDC did not respond to a request for comment on the union’s concerns.

Some others in the medical community have also questioned the abrupt relaxation of restrictions from the CDC, and the way it announced the turnabout. More than a dozen physicians interviewed last week by The Washington Post expressed concern that the decision was premature because a majority of Americans are not yet fully vaccinated.

Over the weekend, Anthony Fauci, the government’s top infectious-disease expert, said there may be “some merit” to questions about whether the public could have been better prepared for the message shift, adding that more clarifying guidance was forthcoming.

Walensky said during a Tuesday briefing that the agency is working on guidance for camps, schools and businesses to provide information explaining what’s recommended for fully vaccinated people in such settings.

The nurses group said it sees masks as part of a multilayered approach to continued protection against the virus, and called for measures, including social distancing, mask-wearing, and avoiding crowds and large gatherings, to still be implemented alongside continued vaccinations.

Additionally, Alabama lawmakers on Monday approved a ban on so-called vaccine passports that would prohibit proof of a coronavirus vaccination to enter a business, school or event.

The legislation would “prohibit the issuance of vaccine passports” by state agencies and prevent people from being denied entry to businesses, universities, schools and state agencies if they have not been vaccinated for covid-19. However, the legislation does not specify any penalty for violations.

The Alabama House of Representatives voted 76-16 for the bill. The Alabama Senate agreed to minor House changes. The bill now goes to Gov. Kay Ivey for her signature.

“We need this bill. We don’t want to require people who are going to a business as a customer or going to a football game — or whatever it is — to be mandated to show a vaccine passport,” Republican Rep. David Faulkner said.

Republicans across the country have backed bans on so-called vaccine passports even though they are not in widespread use anywhere, portraying them as a government intrusion into personal freedom and health choices. Some Alabama House Democrats criticized the bill after House Republicans stripped language that would have made exemptions for nursing homes and other health offices.

“When does it become your right to pass on your illness on to someone else?” Democratic Rep. Mary Moore said.

Rep. Ralph Howard, a Democrat, said he is concerned about the people who will knowingly go into crowds without being vaccinated and are “willing to put other folks’ life in danger.”

“Right now I know there are people out there that are not vaccinated that spread covid,” Howard said.

Read the original article on the Arkansas Democrat-Gazette website here.