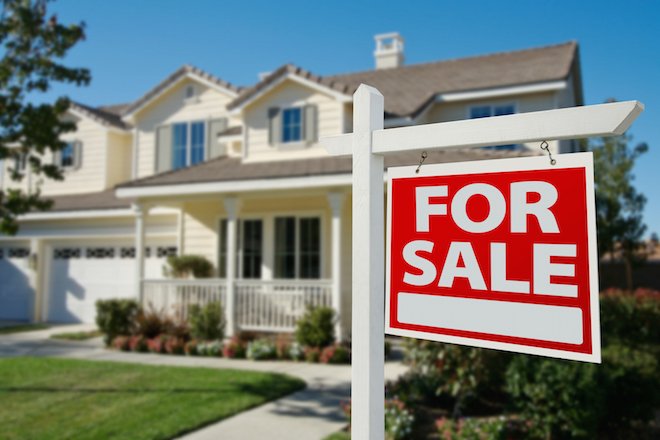 Sales of previously occupied U.S. homes slowed last month as rising prices and a dearth of homes for sale kept some would-be buyers on the sidelines.

The National Association of Realtors said Monday that existing homes sales in February fell 6.6% from January to a seasonally-adjusted rate of 6.22 million annualized units. Sales were up 9.1% from February last year.

Home prices continued to climb, driven by sales of higher-end homes. The report showed that the U.S. median home price was $313,000 in February, up 15.8% from a year earlier.

The red-hot housing market has left the number of available properties for sale at record lows, which has contributed to sharp increases in home prices.

At the end of February, the inventory of unsold homes stood at just 1.03 million homes for sale, down 29.5% from a year earlier. At the current sales pace, that amounts to a 2-month supply, down from a 3.1-month supply a year earlier.

Homes typically remained on the market for only 20 days last month, NAR said.

The housing market has mounted a strong comeback since last summer after declining sharply in the spring when the coronavirus outbreak hit. Sales surged last year to the highest level since 2006 at the height of the housing boom.

Economists expect sales to remain strong this year, given more millennials are looking to become homeowners and many Americans with the freedom to work remotely through the pandemic are increasingly moving to other states and buying homes.

Low mortgage rates remain a enticement for many would-be homebuyers, proving them with a measure of financial flexibility, though rates have been creeping higher lately.

The average rate on the benchmark 30-year loan moved above the 3% mark earlier this month for the first time since July 2020. Last week, it inched up to 3.09%, though it’s still down from 3.65% a year ago, according to mortgage buyer Freddie Mac.

Still, buyers’ biggest hurdle to homeownership will likely be the low inventory of homes on the market, which is already fueling heated competition among buyers this upcoming spring homebuying season.