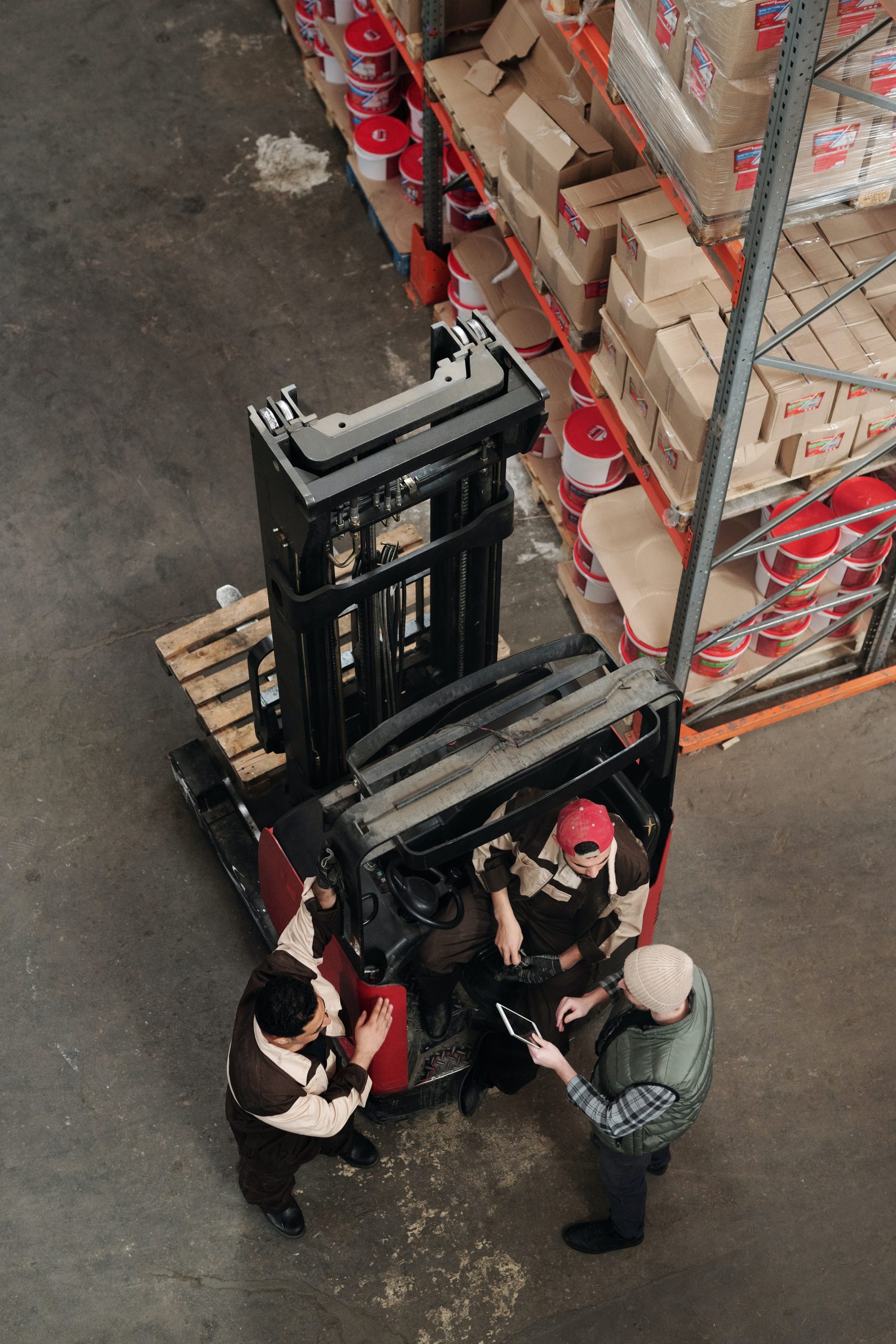 U.S. manufacturers aced the shutdown of their factories and warehouses last spring in response to Covid-19. They’re botching the recovery.

After carrying out an orderly retreat from assembly lines as the pandemic arrived in the U.S., many manufacturers pulled out the playbook they followed in past recessions, cutting costs and preserving cash. That left them unprepared for the sharp rebound in consumer demand that began just weeks later and never let up.

Without restaurants to visit and trips to take, Americans bought out stocks of cars, appliances, furniture and power tools. Manufacturers have been trying to catch up ever since. Nearly a year since initial coronavirus lockdowns in the U.S., barbells, kitchen mixers, mattresses and webcams are still hard to find. A global shortage of semiconductors has forced many car makers to cut production in recent weeks.

The boating industry was preparing for a downturn but instead sales jumped, he said. Malibu’s orders were up by more than half last June from a year earlier and sales of recreational boats in the U.S. in 2020 were the highest in 13 years, according to the National Marine Manufacturers Association, a trade group.

Consumer spending on long-lasting goods in the U.S. rose 6.4% last year but domestic production of those goods fell 8.4%, according to federal data, leading to shortages and higher prices.

Supply chains typically get beaten up during recessions. As sales decline, companies draw down inventories to conserve cash instead of purchasing more parts and materials. Entire pipelines of supplies get cleaned out.

When demand improves, even modestly, suppliers respond with an outsize increase in production to restock empty warehouses and assembly plants. The so-called bullwhip effect ripples all along supply chains, generating unusually large orders for suppliers that are far from end customers.

Wanxiang America Corp., the U.S. arm of one of China’s largest auto-component manufacturers, quickly reopened its U.S. plants last spring. But transportation bottlenecks have lengthened the lead times needed to get parts from its sister plants and other suppliers in China to Chicago to 10 weeks from four typically.

“With three, four or 5,000 components in a car, you only need one to keep it from getting out of the factory parking lot,” said Pin Ni, president of Illinois-based Wanxiang America. Mr. Pin resorted to air freight for some smaller items, which he said costs some 10 times more than a year ago.

“The global supply chain is not as strong as people thought,” Mr. Pin said.

A decadeslong devotion to making factories smaller, cheaper and more efficient made companies more vulnerable to the distortions of the bullwhip effect, economists say. To cut costs and boost profits, U.S. companies outsourced operations and whittled inventories. Many of their suppliers did the same.

When demand increased unexpectedly last year, the same companies all placed orders at once into increasingly diffuse networks of far-flung suppliers. The result was a bullwhip crack more dramatic than usual that could eventually cause an oversupply in some industries, said Willy Shih, a professor of management practice at Harvard University.

Some customers are frustrated at the long wait for recreational vehicles, workout equipment and other goods.

When the University of Michigan closed campus gyms last spring due to the pandemic, computer-science student Jonny Chow set out to replicate his weightlifting routine at home. But he said the rubber weights he wanted to buy from Columbus, Ohio-based Rogue Fitness were always out of stock.

Mr. Chow wrote a program to send him a Facebook message when the weights were available on Rogue Fitness’s website. He said more than 1,700 people are using the program today. “The most popular equipment is still out of stock,” he said.

Rogue Fitness said it is regularly making new supplies but they quickly get sold out. The company has more than doubled its workforce and increased its minimum wage to $25 an hour to make more equipment.

“The entire supply chain was stressed in 2020 and is still in a bad spot,” founder Bill Henniger said. “The machinery, workforce and facilities are all running 24 hours a day.”

Some companies who are reliant on foreign suppliers have been particularly hurt by delays as shipping containers have been hard to get and U.S. ports struggle to unload them. Peloton Interactive Inc. added two million monthly subscribers for its digitally connected exercise bikes in 2020 but the company said it was spending more than $100 million to reduce shipping times.

Even U.S. manufacturers who have focused on sourcing domestically have been beset with issues.

Dimarmel Inc., the maker of Simplicity Sofas, is looking to expand into more factory space near its plant in High Point, N.C., to cut delivery times that have stretched to eight months during the pandemic. But Simplicity Sofas founder Jeff Frank said that he can’t find enough skilled sewers to staff new production lines, and that some fabrics take months to arrive from suppliers.

He recently started charging prospective customers for fabric swatches that used to be free. “I’m basically discouraging people from buying,” he said.

One of his suppliers, STI Fabrics, is delivering many orders in 16 weeks, up from 6 weeks before the pandemic. The 350-person Kings Mountain, N.C., maker of Revolution Fabrics has about 50 open jobs even after raising its starting hourly wage by about $2.50 to $15. Anderson Gibbons, the firm’s head of marketing, said STI bought equipment last year to increase capacity by a third, but foreign engineers who were scheduled to help get it running were delayed by travel restrictions.

“You can’t just turn off supply chains and turn them back on and there not be hiccups,” Mr. Gibbons said.

STI has also had trouble getting enough yarn from Drake Extrusion Inc., which turns plastic pellets into colored yarn. “We’re a bottleneck,” Drake’s CEO, John Parkinson, said. “We are struggling to keep up.”

The Martinsville, Va., manufacturer is training replacements for about a quarter of its hourly workers, who didn’t return after the company shut down for two months last year. New recruits are less productive than veterans, Mr. Parkinson said, hurting production.

Drake is running about 15% below capacity while demand has increased by 50% from customers that make cars and furniture, leading to wait times of three months, more than double the usual. Hurricanes last fall also disrupted production of the company’s main raw material, a type of plastic called polypropylene, leading to supply constraints and doubling prices.

“This was a perfect-storm year. Anything that could have gone wrong has gone wrong,” Mr. Parkinson said.

Some companies did recognize that the pandemic would supercharge demand for their products.

Retailers slashed orders for Stanley Black & Decker Inc.’s  power tools, wrenches, tape measures and utility knives by 40% a week last April from a year earlier. By May though, CEO James Loree said those retailers were selling about 30% more of the company’s products than  than a year earlier, as homebound consumers tackled renovations and yard work.

Retailers weren’t placing new orders with Stanley, though. They were drawing down inventory instead. Executives weighed their options: wait for retailers to place panic-size orders that Stanley might not be able to deliver on time, or raise production on the belief retailers would soon start restocking. If they didn’t, Stanley would be stuck with six months of inventory.

Mr. Loree decided to build $600 million worth of tools, including power drills, table saws and tool chests. It was the right call. Tools were selling out at stores by early summer. Stanley’s tools business reported a 57% increase in profit for the fourth quarter on a 25% increase in sales, partly fueled by its ability to boost prices. Sales of electric sanders so far during the first quarter of 2021 are fourfold higher than the same time last year.

“The market went down so hard and then came back so hard,” Mr. Loree said.

The build-out wasn’t easy. The Connecticut-based company dispatched employees to 100 of its suppliers’ plants in China and Mexico to press them to make Stanley’s components a priority. At a Stanley-operated power-tool plant in Reynosa, Mexico, the company challenged seven attempts by government officials to idle production as a way to control the pandemic. Mr. Loree said the company appealed to the U.S. ambassador to Mexico to intervene on its behalf.

The company hired a chief medical officer for the plant to help limit employees’ exposure to Covid-19. Stanley paid for ride-shares to drive employees to and from the plant to avoid exposing them to the virus on public transportation and housed some in hotels to keep them from contracting it from family members.

“You do whatever you could do to keep the plants running,” Mr. Loree said.

Some companies have gained ground on overseas competitors that aren’t getting products to the U.S. as swiftly as usual. Beverly Semmann, owner of Rowe Pottery, said the Wisconsin maker of dinnerware has seen sales jump as foreign-made products have been hard to get.

“If you walk into a lot of big retailers, the store shelves are really kind of empty,” she said. “They are looking for ways to fill the stores.”

Baltimore-based Marlin Steel Wire Products LLC, a maker of wire baskets and racks used in medical-sterilization equipment, last year started producing metal stands for hand sanitizers, intravenous medications and test-tube racks that were mostly supplied from China in the past.

“Companies have figured out that putting all their eggs in China’s basket is risky,” said Drew Greenblatt, Marlin’s president.

Mr. Greenblatt said finding steel in the U.S. to increase his production has been a challenge. Prices for steel, copper and other industrial commodities are at the highest point in years. That is putting pressure on profit margins for Marlin and other manufacturers.

Domestic steel companies aggressively curtailed production last spring as customers closed factories and canceled orders. Consolidation has given the remaining steelmakers more pricing power during the rebound. They have kept some production capacity idle even as spot-market price for coiled steel has more than doubled since August to $1,200 a ton.

The reduction in domestic production of specialty metals including stainless steel is even more acute. By the end of the year, just three companies in the U.S. will supply stainless steel. Gregg Boucher, president of distribution for Connecticut-based Ulbrich Stainless Steels & Special Metals Inc., which makes wire, foil, ribbon and strips, said decreasing availability of domestic stainless steel will drive more stainless users out of the country or out of business.

“Customers get concerned about availability,” he said. “They don’t want to be in a situation where they miss a delivery because they’re short on inventory.”

View the full article on the Wall-Street Journal website here.