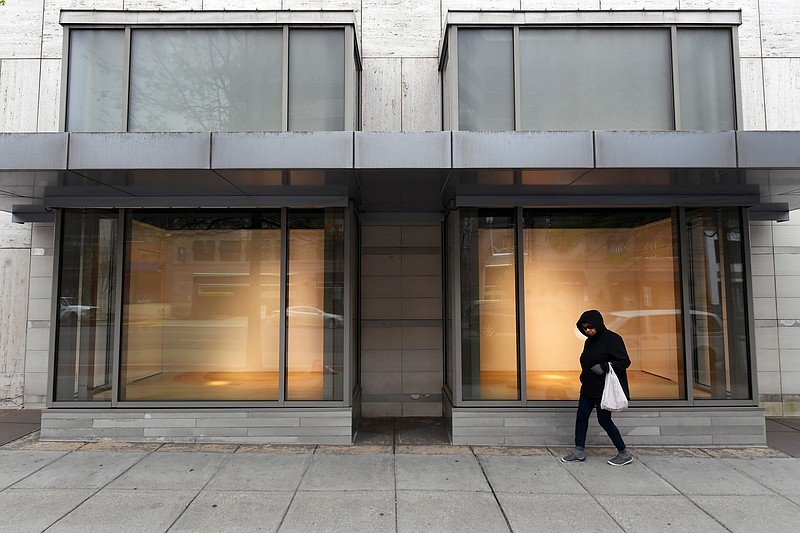 A fine-dining restaurant in Providence, R.I., received more than $450,000 in federal small-business funds to help pay workers but still had to close its doors.

A nonprofit overseeing the Kit Carson Home and Museum in Taos, N.M., welcomes visitors to learn about the famous frontiersman but listed just $17,000 in assets even after every bone-handled knife, buffalo hide apron and flintlock musket had been tallied.

Data on a subset of businesses ― those registered as corporations ― show that some sectors are faring much worse than others, with restaurants, retailers, entertainment companies, real estate firms and oil and gas ventures filing for protection in far greater numbers than in previous years, according to New Generation Research.

Bankruptcies filed by entertainment companies in 2020 nearly quadrupled, and filings nearly tripled for oil and gas companies, doubled for computer and software companies and were up 50% or more for restaurant owners, real estate companies and retailers, compared with 2019, data from the research firm show.

Economists are predicting strong economic growth this year overall. But the bankruptcy data show that despite $3.7 trillion in federal stimulus spending to combat the recession triggered by the pandemic, and another $1.9 trillion being proposed by President Joe Biden, businesses in certain industries have become particularly vulnerable and may take years to recover enough to pay their bills. Others will not recover at all.

Other sectors have so far not fared as badly as one might expect, as only 77 hotel or gambling companies filed for protection in 2020, down from 92 in 2019 ― a year when the tourism industry thrived.

Because bankruptcy filings lag other signals of economic distress, experts say the worst may be yet to come. Bankruptcies stemming from the 2007 financial crisis didn’t peak until 2010.

“Bankruptcies don’t cause damage to the economy,” said Ed Flynn, a consultant to the American Bankruptcy Institute. “The damage has already [occurred] when the bankruptcy is filed. Higher bankruptcies is more a symptom of economic harm than the cause.”

Michigan-based BarFly Ventures operated three small restaurant chains ― HopCat, Stella’s Lounge and Grand Rapids Brewing ― and had more than a dozen restaurants throughout Michigan and down to Florida at its peak. Although BarFly got $6.6 million in Paycheck Protection Program funds from the Small Business Administration, the company was forced to lay off staff and close some locations permanently, according to filings. It filed for bankruptcy in June.

BarFly owed more than $1.7 million to a food provider, according to its bankruptcy filing. Founder Mark Sellers said he hoped the move would “allow us to emerge as a financially stronger company.” In October, BarFly announced it was being purchased by two investment firms.

Restaurants have been one of the hardest-hit sectors on almost every measure during the pandemic, and experts say the worst of the fallout is likely still to come.

“Restaurants — I know — are having a hard time. And it’s just a question of when they are going to file,” Los Angeles bankruptcy attorney Rosendo Gonzalez said.

Gonzalez, who serves as a court-appointed bankruptcy trustee in some cases and represents other companies for their own filings, said restaurant clients he has talked to are either closed or hanging on by a thread. Some will just walk away from their locations and not bother filing, he said. Others may wind up filing for Chapter 7, meaning all their assets are liquidated and they do not reopen.

As the value of retail and office space has plummeted during the pandemic, it has plunged development projects underwater, meaning the values of the properties are lower than the amount the owners owe. Jim Hammond, chief executive of New Generation Research, said real estate companies with heavy debts will be at risk.

“Even a return to normal may not be enough to save them,” Hammond said.

Despite the increase in business Chapter 11 filings, there is good news. Because this category of bankruptcy provides filers with protection from creditors for a limited time, it allows them to reorganize and sometimes remain in business. Companies with many subsidiaries are among the filers, which may make some industries appear to be worse off than they are.

And other types of bankruptcy filings, those for individuals and those from businesses planning to liquidate (rather than reorganize) were both down by about 30% in 2020 compared with 2019 levels despite the economic pain wrought by the coronavirus. Early data for 2021 show slightly fewer large bankruptcies have taken place so far compared with last year.

Experts said those decreases could be signs that federal and local stimulus efforts have at least delayed many individuals and businesses from hitting bottom.