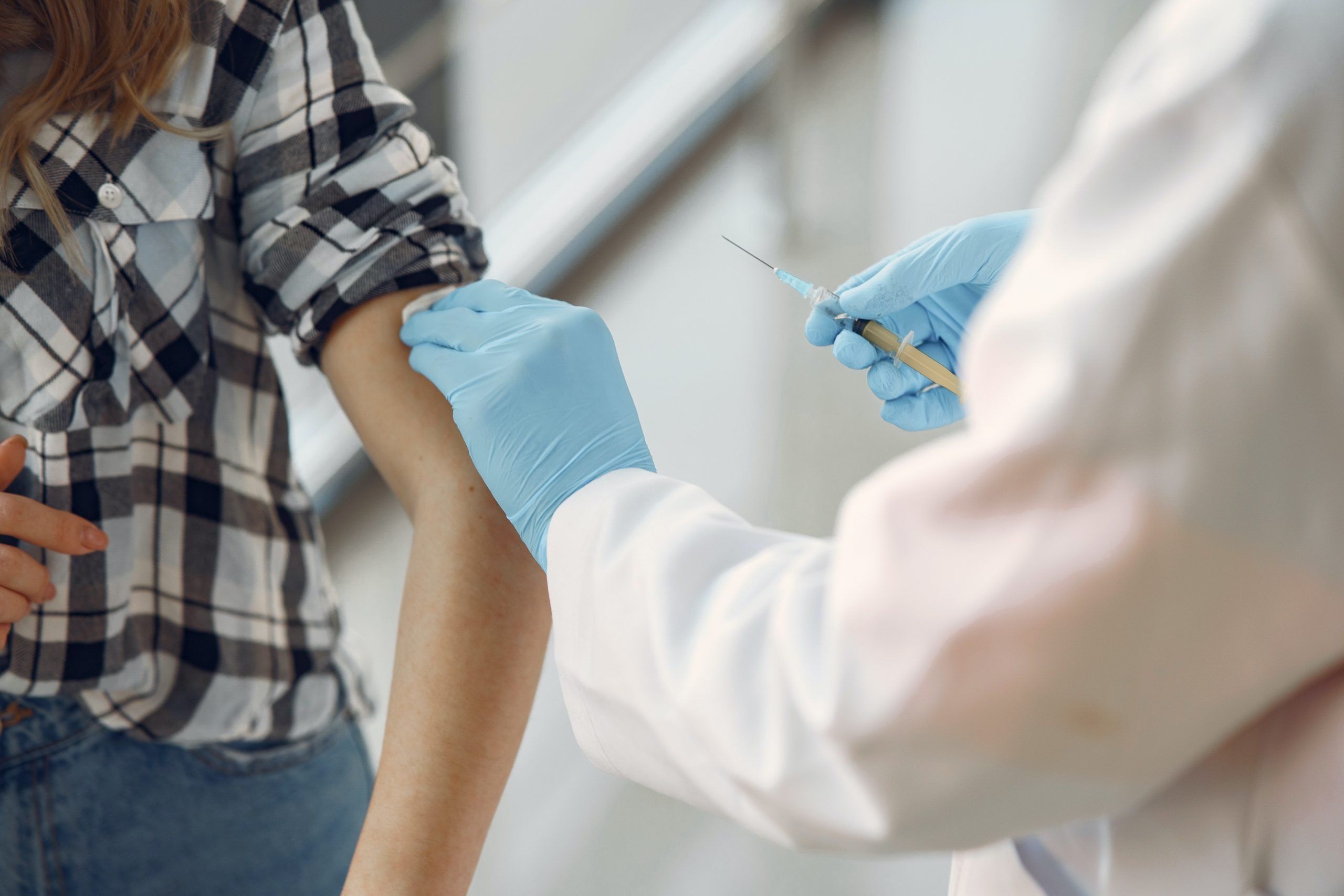 A new report from the Centers for Disease Control and Prevention found that some COVID-19 vaccine reactions, including fainting, dizziness and nausea, were due to anxiety — and not the shots themselves.

The report, published Friday, looked at clusters of events reported to the CDC in dozens of people who received the Johnson & Johnson single-dose vaccine at five mass vaccination sites in early April, before federal health agencies called for a temporary pause on the shot after six people in the U.S. developed a rare blood clot disorder.

Out of 8,624 people who received the J&J dose from April 7 to 9 at the five sites, 64 experienced anxiety-related reactions, none of which were considered serious, the CDC said. Slightly more than half reported light-headedness or dizziness. Excessive sweating was the next most common symptom, followed by fainting, nausea or vomiting, and hypotension.

The majority — 61% — were women, the median age was 36 years and 20% of the patients told vaccination site staff they had a history of fainting associated with receiving injections or an aversion to needles.

Most of the symptoms resolved within 15 minutes with care, such as food and hydration or lying down, while 20% of patients were hospitalized for further evaluation. Four of the sites temporarily suspended vaccination to investigate the reactions.

“Increased awareness of anxiety-related events after vaccination will enable vaccination providers to make an informed decision about continuing vaccination,” the authors of the report said.

The report only looked at anxiety-related reactions after getting the J&J vaccine, though noted that “anxiety-related events can occur after any vaccination.”

“I think there’s a lot of misunderstanding about vaccines and, quite frankly, medicines as well, and the way that they’re going to impact our bodies,” Dr. Joy Gero, the program director of the general adult and behavioral health Intensive Care Unit at UPMC Western Psychiatric Hospital, told ABC News.

When reviewing fainting events after receiving the J&J vaccine reported to the database Vaccine Adverse Event Reporting System from March 2 to April 12, the CDC found that there were 8.2 episodes per 100,000 doses. By comparison, the reported rate of fainting after getting the flu vaccine during the 2019-2020 flu season was only 0.05 episodes per 100,000 doses, it found.

For Dr. Tara Sell, a senior associate at the Johns Hopkins Center for Health Security at the Johns Hopkins Bloomberg School of Public Health who studies vaccine risk communication, that could mean that the COVID-19 vaccine may be bringing out more injection-adverse people than the flu vaccine.

“You have a population of people who might already be inclined to have some anxiety about vaccines showing up here where they just would skip it for a flu vaccine,” Sell told ABC News.

People may also be nervous about getting a COVID-19 vaccine because it’s new or feeling overwhelmed due to the impact of the pandemic, she said.

“The flu vaccine is very normal, people are very familiar with it, so it doesn’t seem like this big, momentous thing,” she said.

“This happened early in April, and we’re not into May and we have a pretty clear answer on what was happening here,” she said. “I think that’s good.”

For people who may be prone to anxiety when getting shots, practicing deep breathing and relaxation exercises before you get the vaccination can be “extremely helpful,” Dr. Jeffrey Geller, president of the American Psychiatric Association, told ABC News.

Limiting caffeine intake, staying hydrated, eating well and “being intentional about engaging in self-care” also can help people who are struggling with anxiety, Gero said.

Once you’ve arrived at the location, especially a mass vaccination site, it may be helpful to distract yourself, Gero said, such as listening to music while waiting in line.

“You shouldn’t keep it to yourself,” he added. “They can be very accommodating.”

While an injection is happening, don’t look, close your eyes and “use imagery to imagine yourself being someplace else,” Geller said.

If those practices won’t suffice, there are treatments that may help people cope with their anxiety or if they have a fear of vaccinations, such as cognitive behavioral therapy or exposure therapy, Geller said.

“As many people as possible should get the COVID injection, and in this situation with COVID, there is no alternative,” he said. “It’s not like the flu where you have a nasal alternative. For COVID, you either get the shot or you don’t get the shot.”

Read the full article on the MSN website here.