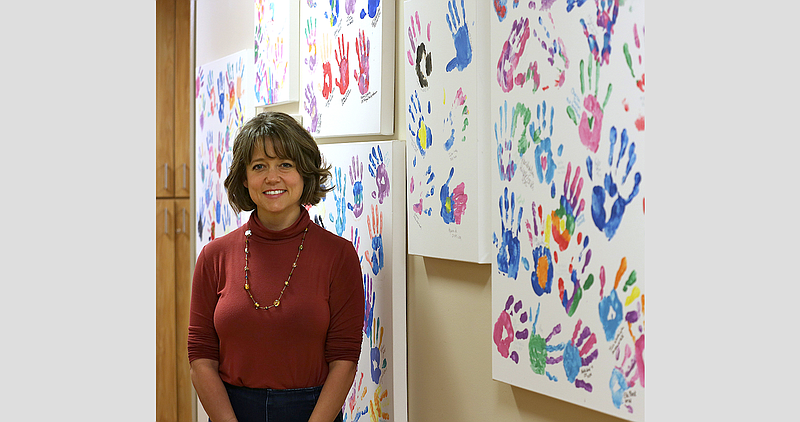 Nonprofits that provide services to child abuse victims saw a more than 40% increase in children served in 2020 over 2019, data shows.

The Children’s Advocacy Centers of Arkansas also dealt with more cases of physical abuse and neglect in 2020, likely a result of stresses from the covid-19 pandemic, organization leaders said. The 17 centers across the state serve as places for children to visit for interviews after allegations of abuse, for access to therapy and for education about child maltreatment, among other services.

In 2019, the centers served about 7,000 kids. In 2020, they served about 10,000, according to numbers provided by Elizabeth Pulley, executive director of the Children’s Advocacy Centers of Arkansas.

While Pulley largely attributed the increase to more awareness of the centers’ work, instances of physical abuse were up from 2019, she said. Every director interviewed said his or her center saw more physical abuse cases in 2020 than in 2019.

Even with the increases, sexual abuse comprised most of the cases for the centers, Pulley said.

Experts have tied higher stress levels during the pandemic to more instances of child maltreatment and an increased level of injury severity from child abuse.

Some children were also stuck at home with “unsafe caregivers,” said Robin Connell, executive director of the Child Safety Center of White County in Searcy.

“The emotional trauma that we all dealt with, covid and shelter-in-place, tensions are high, and emotions are high,” she said. “I think there were a lot of domestic violence-type situations that happened during the pandemic.”

But while children were out of school in spring 2020, there were fewer calls to Arkansas’ Child Abuse Hotline. Kids had less contact with adults outside their households who could spot signs of abuse, especially school personnel, who typically make most of the reports to the hotline.

The Children’s Protection Center in Little Rock saw a more than 25% increase in the number of children served — from 688 in 2019 to 903 in 2020. The center is examining ways to expand from its current space at Arkansas Children’s Hospital, Executive Director Jennifer Long said.

Soon, center officials also hope to have a licensed facility dog that can assist with therapy and accompany children to court for comfort, Long added.

“I just think for us what the biggest issue [is] right now is our growth and not being able to handle that,” she said. “We’re handling it, but we have a lot of needs right now to be able to support our families.”

The Little Rock center’s board has also formed a diversity, equity and inclusion work group to address the best ways to reach minority groups, said Anthony Valley, a member of the board of directors.

“I think it’s a challenge of the center to make everyone who’s involved in abuse or knows of abuse, make them aware that we are a place where all are welcome, where all are invited to come to share in these services that the center offers and to really be able to communicate the benefits of using the center under these horrendous circumstances,” Valley said.

The Lonoke center is expanding its main location by about 2,700 square feet, Assistant Director Robyn Ketchum said. The funding for the ongoing project came from an Arkansas Economic Development Commission grant and private donations.

The Benton County center launched a satellite location in Gentry that serves Siloam Springs and some families from Bella Vista. Now, about 30% of the center’s clients go to the satellite location, Executive Director Natalie Tibbs said.

Tibbs said her center actually saw fewer cases in 2020 than in 2019, although the numbers in the first quarter of 2021 have been similar to 2019. Many reports this year came from children who told trusted adults about things that happened to them while they were in lockdown at home, she added.

“We’re just slowly continuing to see the build of reports coming through of what kids were experiencing during that time,” Tibbs said.

Despite the decrease Tibbs’ center saw in total cases, she said there were more found to be substantiated after investigation. There was about a 50% decline in reports in April 2020, a month the center typically sees more cases because of increased public awareness of the issue during child abuse awareness month.

“We were so ready for 2020 to be over because the kids do not have access to … safe people, and we’re kind of seeing that,” Lonoke’s Ketchum said. “When they started going back to school, it kind of started to pick back up.”

She added that the Lonoke center had a few cases in which children reported that they were being abused — which is less common than adults reporting it. The center sent materials, such as coloring pages, home with children during the pandemic with the child abuse hotline number.

As people are getting vaccinated and beginning to see others outside their households more often, adults can be on the lookout for signs of child abuse, such as changes in behavior and issues with bed-wetting in children who hadn’t had that problem previously, among other signs. Each case is unique, said Kayla Wood, a forensic interviewer at the Little Rock center.

“If a child is very outgoing and social and all of a sudden they’re not social anymore and very secluded, that could be a red flag as well,” Wood said.

If you suspect a child is being abused or neglected, you can call the Arkansas Child Abuse Hotline at (800) 482-5964.

CORRECTION: Robyn Ketchum is assistant director of the Wade Knox Child Advocacy Center in Lonoke. A previous version of this story misstated her title.