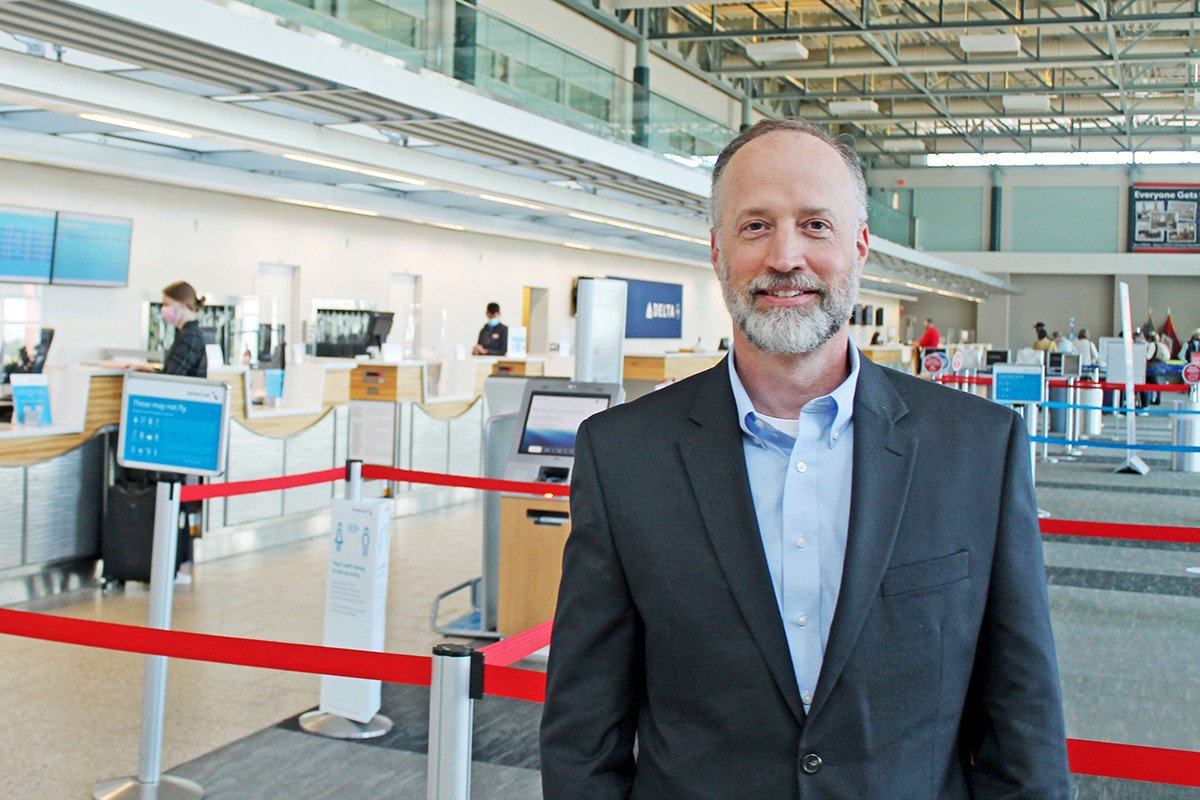 The state’s two major airports are starting to take flight again after a long year of mostly empty planes and terminals.

The COVID-19 pandemic began to be felt in earnest in the United States in March 2020, and commercial travel, of course, was one of the harder-hit industries in the nation. Northwest Arkansas National Airport in Highfill and Clinton National Airport in Little Rock were hardly immune to the social and work changes wrought by the coronavirus.

But optimism is surging that perhaps the airline industry has turned the viral corner, or at least that the corner is within sight. COVID-19 vaccinations continue to go on by the millions each day, and travelers are showing signs of feeling comfortable enough to fly again.

“We are definitely seeing the light at the end of the tunnel now,” said Aaron Burkes, the CEO of XNA, the airport code and common name for northwest Arkansas’ airport.

At Little Rock’s airport — LIT — total passenger traffic for March was more than 109,000, the best single month for the airport since February 2020, the month before the pandemic struck.

The numbers were still far from the heady days of March 2019, when Little Rock saw more than 182,000 total passengers.

But few in the airport business are expecting a rapid and complete recovery. It will be a long runway until total passenger numbers return to pre-pandemic levels — if they ever do; many travel patterns may have been changed by the pandemic.

For Burkes, the most worrisome trend is the potential for business travelers to decide that virtual meetings through Zoom- or Skype-style applications can permanently replace in-person meetings. Business travel predominates at XNA, where about 70% of its pre-pandemic travelers reported flying for business reasons.

“I think there are some types of business travel that are widely expected to be replaced by Zoom and other technological meeting mechanisms, but we think for northwest Arkansas most of the business travel will return, maybe more so than in other places,” Burkes said.

“If someone has the opportunity to meet with Walmart in person and they are selling a product, they’re going to take that opportunity to meet with them in person. I think once Walmart opens their home office back up and is meeting with outside vendors regularly, we are going to see a big rebound in business travel. There is still no substitute for an in-person meeting when you’re in a sales environment.”

One of the key reasons Little Rock’s airport handled the travel slowdown effectively is because it is one of a handful of airports nationally that is debt-free, said Shane Carter, the director of public affairs and governmental relations at Clinton National.

The lack of debt allowed Clinton National to use federal funds from such sources as the CARES Act to continue operations and payroll even while airplanes were parked.

It was dark at the beginning for Clinton National, which saw a 96% dropoff in passengers in the first weeks of the pandemic. On April 8, 2020, just 153 passengers flew out of Little Rock, compared with more than 2,900 on the same day the previous year.

Carter said numbers for April 8 of this year haven’t been recorded yet. It would be safe to predict the number will be between the two extremes.

“We started seeing the catastrophic effect in April,” Carter said. “I can’t say we have turned the corner, but I can say that March [2021] was our busiest month since the pandemic began.”

Clinton National was also fortunate that it had completed $100 million in upgrades before the pandemic hit. A $60 million project to improve a taxiway is continuing, as is a project to install curbside canopies.

“We are starting to spend money again on improvements to our terminal,” Carter said.

XNA has several expensive projects planned for its expansion needs, projects that had to be carefully reviewed when the pandemic rolled into town.

Burkes said the airport decided to go ahead with its $30 million-plus plan to build a skybridge from the parking deck to the terminal, but it has temporarily postponed a $100 million concourse expansion project and a $7 million baggage claim and arrival area upgrade.

The continued and steady population and economic growth of northwest Arkansas makes those projects essential eventually because even if air travel doesn’t return to normal levels, XNA will still need to handle more travelers than it currently can comfortably.

In 2019, slightly more than 922,000 travelers “enplaned” at XNA, meaning their travel originated from the airport.

“We will eventually grow into any market we used to have,” Burkes said. “We will get that back. We are going to be a 1 million enplanement airport in the not-so-distant future regardless of some of these potential permanent changes in business travel.”

Both airports had certain routes suspended due to low travel numbers, but many destinations are returning as travelers do; in XNA’s case, a direct flight to New York City, one of the airport’s most popular routes, still has not returned.

The disruption in travel has provided an opportunity, though.

As major airlines have seen their major routes — and thus many of their planes — sidelined, Carter said smaller national airports such as Clinton and XNA have been able to lobby for new routes that otherwise wouldn’t have been feasible.

Burkes said one airline has been flying a huge jumbo jet from Denver to Alaska, employing a plane that had previously been used for transcontinental flights to Asia. Carter said American Airlines was testing a flight route to Phoenix from Little Rock that has shown promise.

“This has opened up an opportunity as airlines have had more assets, which are planes, that aren’t flying all the time,” Carter said. “They can put them in markets like ours and see how they respond. Right now with airlines, they are doing business totally different than they have before with their route structures.”

“The airlines have done their own response to the change in leisure versus business travel mix,” Burkes said. “They’re reshuffled their boards and that has given us an opportunity to get new routes. We are in discussions all the time.”