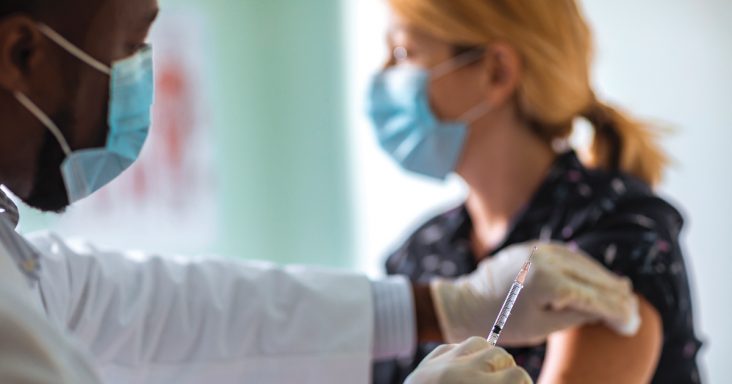 Modeling 2021 economic conditions may be akin to trying to hit a satellite with a BB gun. The virus is expected to rage well into the year, even with vaccines. Some dramatic changes in consumer and worker behavior could become trends. An additional federal stimulus may be stimulative. Or not. Add to all that the entry of a new U.S. president.

Good luck hitting the satellite, and don’t put your eye out with that thing.

Michael Pakko, chief economist and state economic forecaster at the Arkansas Economic Development Institute at the University of Arkansas at Little Rock, addresses the point of unusual uncertainty with any 2021 financial analysis.

“There is a great deal more uncertainty around the forecast than usual,” he said. “The course of the virus, the success of vaccine development and distribution, and the degree of government financial support will all affect the timing of economic recovery.

“Moreover, there are interesting questions about how longer-term trends will be affected by our experience during the pandemic. Trends toward remote-working, online shopping and more at-home meals are examples of how our behavior has been affected. If these trends continue, there will be implications for the nature of economic growth going forward.”

Surprise Growth
The nature of economic growth has been a surprise, even in 2020. In April, the Arkansas economy fell off the cliff when employment fell to 1.16 million, down 147,958 jobs from March and down 151,124 from peak employment of 1.31 million jobs set in February. Despite the lost jobs, expected broad slowdowns in the rest of the state’s economy didn’t materialize — especially in terms of consumer spending, measured primarily through tax revenue.

Much of the credit for keeping the consumer and a big part of the economy propped up was the $2.2 trillion Coronavirus Aid, Relief, and Economic Security (CARES) Act approved by Congress in March to provide aid to individuals, businesses and state and local governments in response to the pandemic. A $1,200 stimulus check to many Americans and extra unemployment benefits of up to $600 per week were critical parts of the CARES Act. That money has been spent, and the unemployment benefits have expired. As of press time, Congress was struggling to approve another relief package.

Return to employment normalcy, however, has been slow. The number of employed in Arkansas during October — the most recent report available at press time — was an estimated 1,248,547, down 67,353 jobs, or 5.1% lower, compared with October 2019.

According to Mervin Jebaraj, director of the Center for Business & Economic Research at the University of Arkansas, don’t expect a quick return to the pace of job growth enjoyed before the pandemic.

“I think based on the path of the virus and the economic harm it has caused, we can expect to see a slow increase in jobs over 2021, but it will be at least 2022 if not 2023 before we go back to the full employment picture we saw before the pandemic. The pace of employment growth is dependent on fiscal stimulus and the speed of vaccine deployment and take-up,” he said.

Greg Kaza, an economist and director of the Arkansas Policy Foundation, said it’s possible but unlikely — based on job returns after previous downward cycles — jobs will fully return in 2021.

“Arkansas’ economy has regained more than half the jobs lost since the April trough, though it took 4.5 years after the 2001 recession and more than seven after the Great Recession [2007-2009] to reach the preceding employment peaks,” Kaza noted.

John Shelnutt, director of economic analysis and tax research with the Arkansas Department of Finance and Administration, believes economic recovery will be mixed. Sectors like tourism and manufacturing will continue to struggle. In contrast, retail, construction, transportation and warehousing, and some white-collar sectors will see a faster return to some sense of standard job patterns.

“Overall, total non-farm employment will not likely match or exceed the employment peak in the fourth quarter of 2019 in the pre-pandemic economy until mid-2023. The question of permanent change post-COVID-19 comes into play with retail, financial services, and modifications to restaurants and personal services’ competitive mix. Consumers will still need face time assistance but maybe not as much as before,” Shelnutt wrote in response to the Northwest Arkansas Business Journal.

Tourism may see a resurgence later in 2021 when vaccines have been broadly distributed, but some “damage” to the sector may never be repaired. In Arkansas, October tourism sector employment was an estimated 105,000, down 12.06% compared with October 2019 and down 13.1% from peak employment of 120,800 in July 2019. Pakko and Jebaraj said tourism industry recovery will depend on the pace of vaccination and the extent of relief from any federal stimulus program. Pakko estimates “2022 or beyond” for the emergence of the tourism industry recovery.

“Once enough of the population has been vaccinated, tourism will see a short-term boost from the pent up demand. But some of the long-term damage has already occurred to small businesses in this sector that have permanently closed,” Jebaraj said.

Shelnutt also notes, as did Pakko, that post-pandemic consumer trends and the business landscape may never return to the so-called normal.

“What is the COVID-19 impact on business survivorship in 2021 and 2022?” Shelnutt asked. “Will we live in an economy dominated by a smaller number of players than before, with even more significant advantages in technology deployment running ahead of corporate plans? Banks and federal regulators/lenders would also like to know. There will always be a place for small business in last-mile services to consumers, but it will be a more crowded field mixed with larger, richer, and technically advanced players.”